Reselling Shoes: How I Make $10,000 a Month Flipping Sneakers

As someone who always had an entrepreneurial ambition and a hustler’s mindset, I was craving the right environment to really reach my potential.

I had seen documentaries about such environments that were meritocracies like the Chicago Mercantile Exchange, where formal education didn’t matter at all. In this realm, people were paid based on their trading performance, making millionaires out of some from blue collar backgrounds.

Because I was so inspired by traders, I first tried my luck trading stocks — but ultimately lost money.

Still the opportunity to make money like traders do, by buying low and selling higher, made a lot of sense to me. 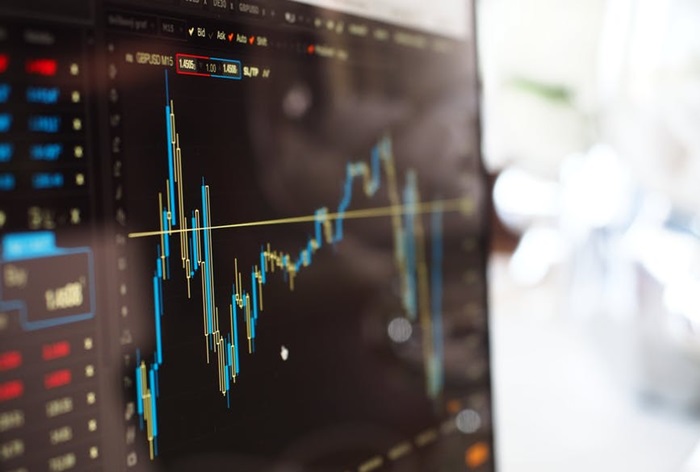 I decided that, rather than dealing with speculating market forecasts (i.e. actually gambling), I should sell things that real people actually buy. And I was attracted to the idea of reselling as a hustle because there is no need to build a brand from the ground up.

Instead, you can piggyback on the popularity of existing brands. With this new strategy in mind, I headed for the clearance racks at local discount clothing stores and thrift shops, looking for brand name items that I could sell at a profit on eBay.

I started to develop an idea of what brands resold for, and realized that on eBay, brand new items were selling below retail prices, so to make a profit with my used inventory I would have to find a steep discount.

I was able to make money doing this, but it was nowhere near enough to reach my goal of matching the current paycheck. (At the time, I was in college working a retail job that paid slightly more than minimum wage.)

At best, I was making a $10 profit for each item I sold, and at the peak was selling 5 items per week. It’s good that I was making some money on the side pretty consistently, but I became hungry for more and started to brainstorm ideas.

Thinking back again to the successful commodity traders, I recognized the obvious fact that the reason that these traders became millionaires is because they were trading in large quantities of money.

I had also been watching the TV show Million Dollar Listing at the time, where real estate agents made as much money selling one house as the average American would earn in a year. They did basically the same amount of work as the typical real estate agent but made ten times more simply because they were selling houses that were ten times more.

A similar amount of work for 10x the results.

I had saved some money and was ready to start flipping more expensive items but wasn’t really sure where to start, so I searched for higher ticket items to sell. I knew luxury items were expensive, so I researched high end designer items and expensive watches.

Through my research though, I found that it was nearly impossible to make money reselling name brand luxury items. In fact, they were almost universally selling for less on eBay than they were in the store, even when they were on clearance. 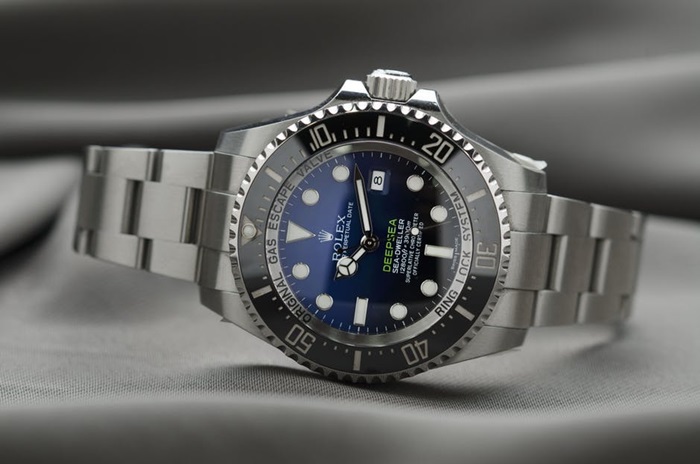 Every now and then, I would find a luxury item on deep clearance at the mall and see on eBay that I could make a profit, but that the margin would be too thin and the sale too slow to justify the upfront investment.

Dealing with watches could be profitable but required a great deal of capital, knowledge, and reputation. I was stuck and didn’t know what to do.

Searching through eBay, I filtered strictly by price and not by brand name. I was searching for items that were selling for around $500-1000 that I could make a profit from.

To my surprise, in the $1000 realm, among the name-brand luxury bags and other obviously expensive items were a pair of Nikes.

It was February 2015 and the shoes were the Air Jordan 2 Just Don.

Little did I know that this discovery would open the door to my most profitable flipping venture yet, and the one that would match and replace my job income.

I saw that many pairs were selling for nearly $1000 with a lot of bidding action. After doing some research, I found that these shoes were available at retail at $350. Instantly I knew that I wanted to start selling shoes.

My mind started spinning and I became super driven to learn all that I could about the shoe reselling game.

After spending hours of research and using the little money that I had saved, I bought my first pair of shoes to resell. It was a pair of Jordans that I bought for $190. I sold them hours later for $300 — an $80 profit after shipping and fees.

It was the quickest and easiest money I had ever made. I had finally found a product that met all of my criteria: high ticket items with good margins that sold quickly. Sneakers checked those boxes very nicely.

Scaling Up the Sneaker Flipping Operation

I kept reselling pairs in that range until I had enough money saved to buy a pair of shoes for $900. After a few anxious days of waiting, I was able to flip them at $1200 for a profit of about $200. I also began to learn how to secure these $1000 shoes (called Yeezy’s, made by Adidas) at retail for insane profit margins of over $500 per shoe.

I started as an absolute outsider and 4 months in I cleared $10,000 for the month.

Once you know what you’re doing and you take the time to build your reputation and stay on top with sneaker news, the consistency and ease of selling aftermarket sneakers amazes me to this day.

Forbes estimates that the resale market for sneakers is estimated to be over $1 billion annually.

Even though only an estimated 4% of sneakers end up being purchased for immediate resale, the market has attracted side hustlers and entrepreneurs. At the top of the heap, some resellers are moving more than $2 million in inventory a year.

What Shoes To Buy?

One of the most common questions I get is how do I know which shoes to buy? Which brands and models will be profitable?

To get an idea of what is hot in streetwear, follow sneaker and fashion publishers like Hypebeast or High Snobiety.

Learn about the Jordan brand. Begin to follow Instagram accounts that have to do with sneakers and sneaker news, so you’ll automatically be doing research every time you’re killing time on the ‘gram. Combine all of the above with checking aftermarket prices on sites like eBay and calculating your estimated profit.

Nick’s Notes: In the advanced search, you can check the box just to see completed listings to see how much items are actually selling for.

I suggest starting small with one or two pairs so you don’t have a huge risk.

Where Do You Buy These Shoes to Resell?

For new shoes, you’ll go directly to the brand’s website (adidas.com, nike.com, etc.) and either press your luck right on the release time or you can utilize a sneaker bot to greatly increase your chances of securing a pair at retail price.

There are also authorized retailers that stock desired shoes, like FootLocker or Eastbay, but it’s best to go with lesser-known sites like Mr. Porter and END to increase your odds of getting the shoes at retail.

I’ve done most of my reselling on eBay, but it seems like apps like GOAT and StockX are picking up so I’m selling on those more now as well.

Still, I love the feeling of doing in-person deals either through Craigslist, sneaker conventions, or Facebook/Twitter groups.

Obviously, selling in person requires extra precautions, but if you use common sense and deal with good people through networking, you’ll get the best prices from in person on the buying side because online sellers are paying for shipping and fees to the platform that they’re selling on.

Some Common and Costly Mistakes

Although I had done my research, I was still in over my head and had a lot to learn. After my biggest month, I made some preventable mistakes that nearly caused me to lose everything I had earned.

First, I ended up with some fakes and it was a mess trying to get my money back from the seller or PayPal.

The other issue I ran into was with my PayPal account itself. They weren’t used to me taking in such large amounts of money per month, so PayPal put a hold on my money. Since I relied on reinvesting that income into more inventory, that hold took me several months to recover from.

I think I could have avoided that if I’d warned them in advance that I would be taking in as much money in a month that I used to take in in a year, but then again I had no idea that I would make so much money so quickly!

Fortunately, I made a recovery and have gathered more knowledge than if it had been smooth sailing from the very start.

How Do You Deal with Fakes?

Although there are plenty of fakes on the market, there are also plenty of resources that will educate you on fakes and how to spot the differences.

As a buyer, you can ask for detailed, tagged pictures (i.e. with written proof of ownership, often the day/time on a piece of paper next to the shoe in each picture.) and compare them to the numerous tutorials on YouTube or on sneaker forums that will give you a good idea of whether they’re authentic or not.

Also, if it’s a new release, only deal with people who include the receipt from the store that they purchased. That way you’ll know they’re real and also if it’s your intention to turn around and resell them, then you can prove to buyers they’re the real deal as well.

Another issue when dealing with fakes is selling authentic shoes but having the buyer try to claim that they’re fake. This can be solved by including a receipt as mentioned previously, or you can take detailed pictures as you’re shipping to prove that you are in fact shipping authentic shoes.

Be sure to include tracking with signature required and insurance so the buyer also cannot claim that he or she never got the kicks.

How Do You Manage Inventory?

The short answer is I don’t — I try and sell each pair as quickly as I buy them!

When selling shoes, it can be easy to amass a bulky collection that you have to keep somewhere. To avoid that, I focus on brand new releases or shoes that are really hot classics I know will sell quickly.

This strategy translated into less headache and hassle storing and tracking the inventory, and also let me turn my cash over to reinvest in the next flip faster.

For anyone that wants to get a side hustle going but doesn’t know where to start, selling sneakers is one of the best ways to learn valuable entrepreneurial skills in real life, like customer service, profitably managing inventory, and learning to set and achieve goals.

These skills I have learned through selling shoes have given me gifts that I never got in any kind of formal education.

Want to get informed about updates on this site?